10 Top Most Beautiful Cities In Cameroon

Cameroon is known as “Africa in miniature”. This is because of its geographical and cultural diversity.

The official language of Cameroon in English and French with at least 250 ethnic languages. Yaounde is the capital of Cameroon with Douala as its economic capital and the largest city.

Cameroon is not just endowed with rich natural resources like oil, gas, minerals, high-value species of timber, and agricultural products such as cocoa, coffee, cotton, cassava, and maize, it equally has beautiful cities that one can visit either for leisure or touristic purpose.

The top 10 most beautiful cities in Cameroon.

When talking of the most beautiful cities in Cameroon, Limbe is not an exemption. Limbe is formerly known as “Victoria” was founded by Alfred Saker in the year 1858.

It is located in the southwest region of Cameroon. It is a nickname as the town of friendship and also described by the inhabitants as a town of cleanliness. It lies along Ambas Bay in the Gulf of Guinea, at the southern foot of mount Cameroon, just south of Buea.

Limbe is the center of Cameroon’s oil industry as well as fishery and tourism. Limbe is one of the four commercial ports in Cameroon.

Limbe is well known for its attractive as well as constant sea breeze that blows across the town.

Douala is also among the top 10 most beautiful cities in Cameroon. Aside from beauty, Douala is the commercial and economic capital of Cameroon and the entire CEMAC region.

It was equally the capital of the German kamerun protectorate from the year 1884-1902. Douala is located on the southeastern shore of River Wouri and is the largest city.

Douala handles a majority of the country’s export and import activities. Added to that, it is the home of Central Africa’s largest port and its major international airport, Douala International Airport. Douala harbours more than 2 million inhabitants.

Attractions in Douala include: Doual’art which is a museum focused on local urban art, maritime museum of Douala is a museum for local maritime heritage, la nouvelle liberté which is a monument, la pagoda which is a historical landmark as well as the shopping mall, several beaches, and five-star hotels.

Yaoundé is not excluded when talking of the top most beautiful cities in Cameroon. Yaoundé is the capital of Cameroon situated on a hilly, forested plateau between the Nyong and Sanaga rivers in the south-central part of the country.

It is perfectly planned to spread over seven hills making it the second-largest city after the port city, Douala. It is a city of colourful open-air street markets and international embassies.

Though Yaoundé with regard to the economy is mostly centered on the administrative structure of the civil service and diplomatic services, it is equally a commercial center that handles the production and distribution of some of the country’s main exports.

Yaoundé contains several small manufacturing and processing industries and is also the market for one of the richest agricultural areas in the country.

Some of the attractive sites include the former presidential palace which is home to the National Museum with cultural exhibits such as masks and sculptures, a small zoo located in the Mvog-Betsi neighborhood, the reunification monument and statue, the sports palace, the unity palace found in Etoudi district, the congress palace, the Cameroon Art Museum which is located in a former Benedictine monastery, the Blackitude Museum, the Afhemi Museum and five-star hotels like Hilton hotel.

Another most beautiful city in Cameroon is Kribi. It is both a beach resort and a seaport. Kribi is naturally referred to as the Cameroonian Riviera due to the fact that most tourists revisit the place after their first visit.

Kribi is found in the South Region of Cameroon, lies at the Gulf of Guinea, in the Ocean division, at the mouth of Kienké River.

Kribi is well known for its popular beach locations in Ngo’e and near the Lobé waterfalls. It is equally renowned for its roasted fish.

Kribi originated from kikiribi a name that was given by colonists to a small-height native with arched legs which means little man.

The native later adopted the name and passed it on to his family and the people of lohove. The name over time became Kribi.

Kribi is said to be home to Cameroon’s best beaches due to the fine nature of sand and the water is crystal clear.

10 Best Cities To Start A Business In Cameroon

Buea is also one of the most beautiful cities in Cameroon. It is known as the legendary town of friendship and also a place to be.

Buea, the seat of the University of Buea, is a small historic town located at the foot and eastern slopes of Mount Cameroon, the highest mountain in the west and central Africa.

Buea is rich in culture and sporting events, the most prominent one being the Mount Cameroon Race of Hope which mainly involves ascending and descending the 4,070 meters high mount Cameroon every February.

Buea hosts Cameroon’s first Anglophone University (the University of Buea) and several other higher institutes of learning like St Francis Schools of Nursing and Midwifery presently known as Biaka University Institute of Buea (BUIB) and one of Cameroon’s three Catholic universities.

It has two government hotels: a mountain hotel and a parliamentarian flats hotel found around the government residential area.

Bamenda also known as abakwa and Mankon town is found in the Northwest Region of Cameroon. Bamenda is known for its cool climate and scenic hilly location.

The city is made up of three villages; Mendakwe, Mankon, and Nkwen classified as Bamenda I II and III sub-divisions respectively. As a regional center, the city has numerous markets, banks, and offices.

Cultural sites in Bamenda include the Mankon Fon’s Palace with its newly constructed museum and the Bali Fon’s palace with its ancient architectural structures.

The mountainous terrain around the city affords scenic views such as that from the mountain Sabga over the Ndop plain.

Kumba is a trade center for cocoa, palm oil, and rubber, and has a timber industry as well.

Kumba is a local road junction, making it the main commercial town in anglophone Cameroon.

It has two main markets, Kumba Market and Fiango Market, and several smaller markets created by farmers who bring food directly from their farms such as the Mbonge Road market, Three Corners market, and Back Market.

In terms of topography, Kumba comprises flatlands around the Buea Road area, hills around Fiango and Mbonge Road.

There are three main water bodies: the famous Lake Barombi Mbo, which is the largest volcanic lake in Cameroon and a major tourist attraction, the famous Kumba Water that passes through Buea Road at the Kumba Mbeng bridge, and running through Kumba town is the Mbanga water as it is locally called but known by the locals as the Mabonjise.

With regard to finance, Bafoussam is the third most important city in Cameroon after Yaoundé and Douala.

Bafoussam is the commercial center of the West region. It is well known for the production of coffee, tobacco, and tea as well as a nightlife center which is focused on the area named, Akwa. Bafoussam is home to both the Bamileke people and the Bafoussam chief’s palace.  The city also has a coffee processing facility and brewery.

Bafoussam hosts two famous traditional shopping centers, named Marché A and Marché B, where one can pick a variety of colorful traditional handicraft products as well as clothes and jewelry.

The city equally has good restaurants, a movie theatre, a live music venue, supermarkets, and other entertainment centers. Bafoussam has a well-constructed modern airport though currently it is not served by any flight people are allowed to visit.

Dschang is located in the West region of Cameroon. It is the capital of the division of Menoua. The dominant ethnic group is the Bamileke.

Dschang has a relatively cool temperature and attractive scenery. It is for this reason that is regarded as a mountain tourist resort.

Since colonial times, Dschang has been an important agricultural center. Pig production plays a major role.

Dschang has a state university with faculties in Agricultural sciences; Economic Sciences and Business Management; Humanities; Law and Political Sciences; and Sciences.

The Faculty for Agricultural Sciences has been the first faculty and the university continues to be very strong in this thematic area.

Attractive sites to visit in Dschang include; the civilization museum which was inaugurated in 2011.

This museum offers to discover the origin of the Cameroonian people and the diversity of the country’s four large cultural domains via their history, but also their artistic productions, their architectures, and their political and social organizations.

We have the Dschang municipal lake which is manmade, the Mamy Wata Waterfalls, the Nsem-Tsa waterfall, and the climate center in Dschang.

Maroua is the capital of the Far North Region of Cameroon. It stretches along the banks of the Ferngo and kaliao Rivers in the foothills of the Mandara mountains.

Maroua is said to be the greenest city in the world.

Important economic activities in the city include Embroidery, leather goods, jewelry, and pottery.

The city also has a state university as well as the Maroua Salak Airport.

The streets in Maroua are remarkably red, sandy, and dusty.

With buildings being dull beige in colour, the local clothing brings lots of colour to the city. Maroua is an outstanding place to experience the culture of Cameroon.

Bustling markets in Maroua are some of the best in the country.

It is also a great base for tourists wishing to visit the Mandara Mountains in the north of the country. 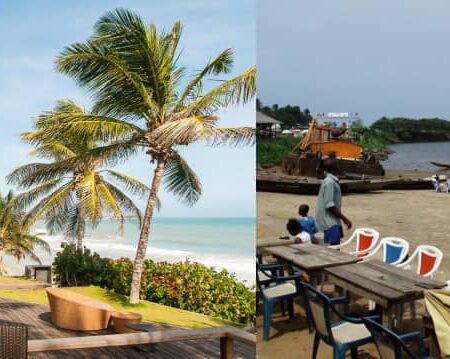 Get introduced to the classy hotels in Kribi Cameroon. These hotels are all affordable and your comfort is priorities... 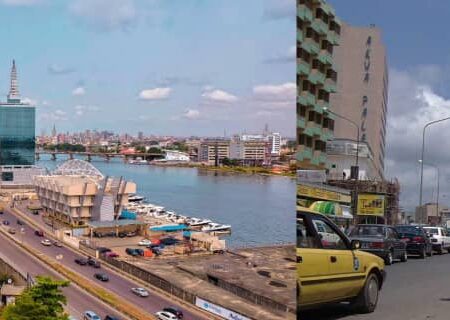 There is a popular African adage which states “cleanliness is next to godliness. This blog article brings to your awareness... 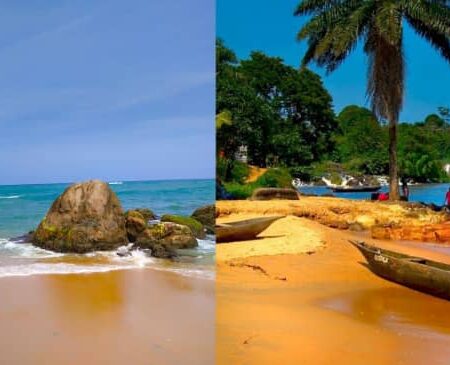 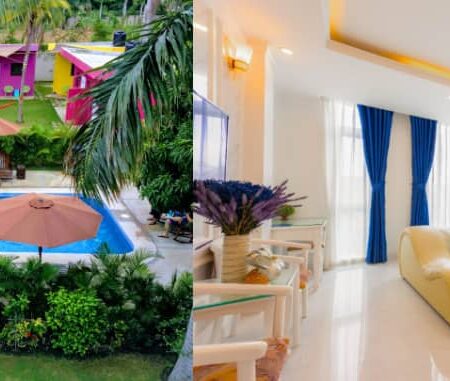 13 Most Luxurious and Affordable Hotels In Douala Cameroon

Douala city is one of those cities in Cameroon with the most classy and spicy hotels. Nothing feels so... 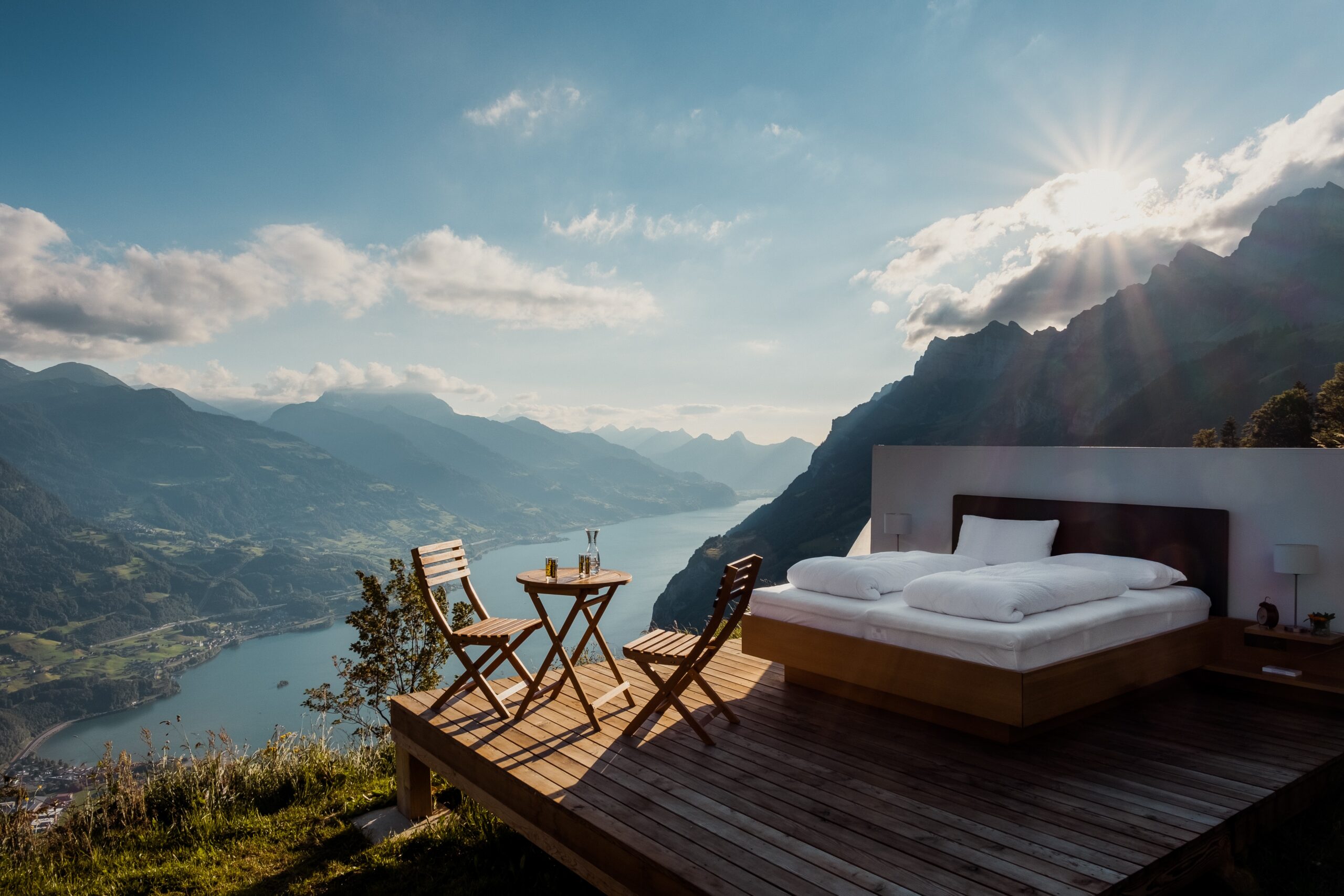 This timely blog post brings to light the Hotels in Limbe Cameroon. Lodging in a seaside city Limbe can... 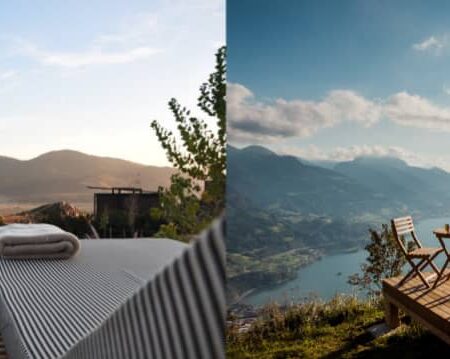 Nothing makes you feel better than when you get into a hotel and the bedsheets feel so good, you...